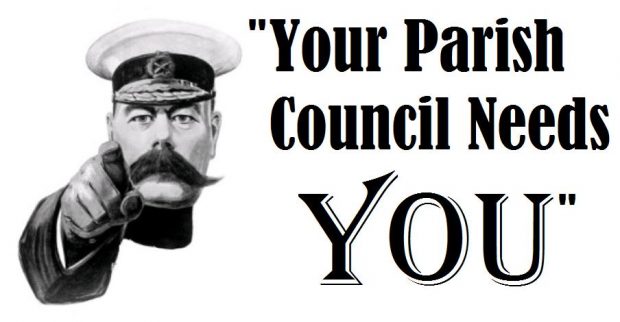 As a result of the retirement of Councillor Lesley Bradbury, who has served the community for several years there is currently a vacancy on Lowick Parish Council.

If you feel you have what it takes and wish to be considered for the vacancy please contact Ann Gold, the clerk as soon as possible. Applications will be considered at the PC meeting on 23rd January 2020.

In order to be eligible for co-option as a Lowick Parish Councillor you must be a British subject, or a citizen of the Commonwealth or the European Union; and on the ‘relevant date’ (i.e. the day on which you are nominated or if there is a poll the day of the election) 18 years of age or over; and additionally able to meet one of the following qualifications set out below.

a) Be registered as a local government elector for the parish; or

b) During the whole of the twelve months preceding the date of co-option, occupied as owner or tenant, land or other premises in the parish; or

c) Your principal or only place of work during those twelve months has been in the parish; or

Please note that under Section 80 of the Local Government Act 1972 a person is disqualified from being elected as a Local Councillor or being a member of a Local Council if he/she:

a) Holds any paid office or employment of the local council (other than the office of Chairman) or of a joint committee on which the Council is represented; or

b) Is a person who has been adjudged bankrupt or has made a composition or arrangement with his/her creditors (but see below); or

c) Has within five years before the day of election, or since his/her election, been convicted in the UK, Channel Islands or Isle of Man of any offence and has been sentenced to imprisonment (whether suspended or not) for not less than three months without the option of a fine; or

d) Is otherwise disqualified under Part III of the representation of the People Act 1983 for corrupt or illegal practices.

This disqualification for bankruptcy ceases in the following circumstances:

i. If the bankruptcy is annulled on the grounds that either the person ought not to have been adjudged bankrupt or that his/her debts have been fully discharged;

ii. If the person is discharged with a certificate that the bankruptcy was caused by misfortune without misconduct on his/her part;

iii. If the person is discharged without such a certificate.

This is a text widget, which allows you to add text or HTML to your sidebar. You can use them to display text, links, images, HTML, or a combination of these. Edit them in the Widget section of the Customizer.
Loading Comments...
%d bloggers like this: